On Sunday last myself and Chris Holderness (one third of Rig a jig jig) had the good fortune to play at Barford heritage open day. Barford  was Billy Bennington's home for most of his life and my current dulcimer was owned by him for a while. 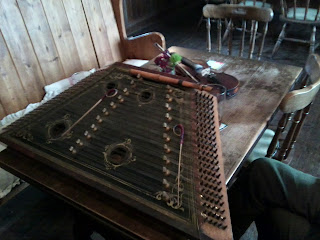 The above picture was taken in the Barford Cock. It was probably not the first time that it had been played there but it was the first time I had played it there.

We picked up a good many stories about Billy on the day and I got a nice picture of his fathers penny whistle: 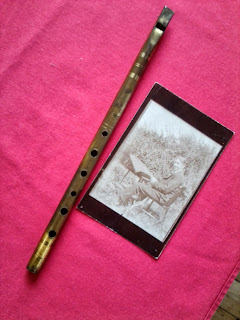 
Well, here we are,my first post,so much to talk about.Thirty years ago I was lucky enough to see and hear the great Billy Bennington,the last virtuoso dulcimer player in Norfolk and that experience,  among others,set me on the musical path that I still follow.
In 1986 I bought my first dulcimer.Here is a picture of it: 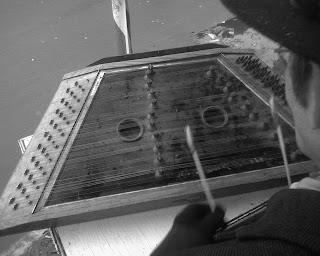 Busking in the rain at Well next the sea

It was the biggest ,most ornate instrument in the shop.It even had it,s own built in music stand.
I was determined to play in the style of Billy Bennington,that being the most authentic Norfolk style.Years later I think that I might have made some progress and I am even involved in making new instruments in the old style: 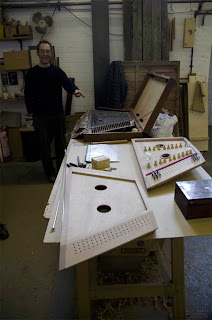